Play the Best Crypto Games and Win Big! Are you in search of the top blockchain games that you can play to make money?

Take a look at the best play-to-earn games where you can earn real money. Consideration was given to market size, the potential for profit, and general player popularity while compiling this ranking.

Chainers is a blockchain-powered, browser-based MMORPG best play-to-earn game where players may earn money for their efforts in a variety of ways, including via the use of NFTs and the metaverse.

Those interested in playing Chainers may quickly obtain access by making their own NFTs or purchasing them from other players.

It is designed with the intention of allowing users to create their own avatars by giving them complete control over their appearance. Tools will be added to the platform in the future to allow for the personalization of games.

There are nearly 500 unique features spread over 15 distinct alien species in the massive Chainers NFT collection. You may buy and sell these NFTs inside the program itself. 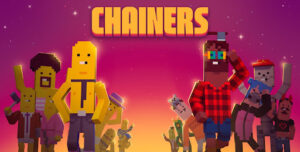 Built on the Ethereum, WAX, and BSC blockchains, Alien Worlds is a distributed metaverse. Dacoco issued it in the year 2020s December.

Players have a wide variety of options inside this metaverse, including mining for Trillium (the game’s money), owning land, completing missions, exploring worlds, and more. The fact that there are so many potential avenues for financial gain contributes significantly to the game’s widespread appeal.

At the outset of the game, players are given a simple shovel with which to begin mining planets for valuable materials. The mining power isn’t great, but that’s to be expected with a free beginner shovel. The objective is to upgrade mining machinery in order to increase production, or in this case, the quantity of Trillium extracted. Better tools may be found through mining or by completing tasks, both of which benefit the player.

Players have a variety of objectives and errands to do while on interplanetary expeditions. As a result, they have a better shot of winning an excellent NFT prize.

Splinterlands is another top play-to-earn blockchain game that often appears on the most popular crypto game rankings.

Simply said, it’s an electronic version of a collectable card game like Magic: The Gathering Arena or Hearthstone, featuring intense, timed one-on-one duels. But in Splinterlands, players really own their cards, which isn’t the case in other digital card games. To win, players must amass decks of powerful cards and pit them against those of their opponents.

There is a unique set of fighting rules, maximum Mana, and playable Splinters for each encounter, as stated on the official website. For that reason, the tactic is also crucial. Battles are automated and players don’t have control over the cards during fights, therefore the strategy and decision-making power are all in the deck-building process.

When it comes to play-to-earn blockchain games, Axie Infinity is a very close second.

There are many similarities to Pokémon in the basic gameplay premise, but the game offers much more. One must be familiar with Axies in order to grasp the game’s premise, Axie Infinity. 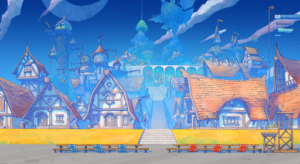 Simply said, Axies are adorable cartoon animals that may be kept as virtual pets, used in combat, and bred with other Axies. Axies’ primary value lies in the fact that they are NFTs.

The bare minimum of NFTs required to participate in three, and each player manages a squad of three Axies. Players acquire tokens via battle and gameplay that may be used to breed Axies.

You’ve definitely heard of The Sandbox even if you’re new to play-to-earn blockchain games; it’s at the top of our list of recommended games.

It’s possible to buy land, go on adventures, make your own games and assets using VoxEdit, and even make money off of your creations in The Sandbox, a virtual metaverse powered by Ethereum. It’s a sandbox game with a communal map and a 3D pixel aesthetic that calls to mind Roblox.

The Sandbox is one of the most popular games in the metaverse and has had a lot of success so far.

Big brands like Adidas, Atari, Animoca Brands, Snoop Dogg, Paris Hilton, and Deadmau5 are among Sandbox’s partners. The Sandbox has been able to successfully enter the mainstream because of the many famous people who have invested in and partnered with the game.

How Can I Mine Bitcoins for Free

What is Prop Trader and What are the Drawbacks/Cons of Prop Trading?

How to Invest in Cryptocurrency: Key Aspects